skip to main | skip to sidebar

So, it was just last week that Evelyn's birth story was posted, but she's already 3 months old! 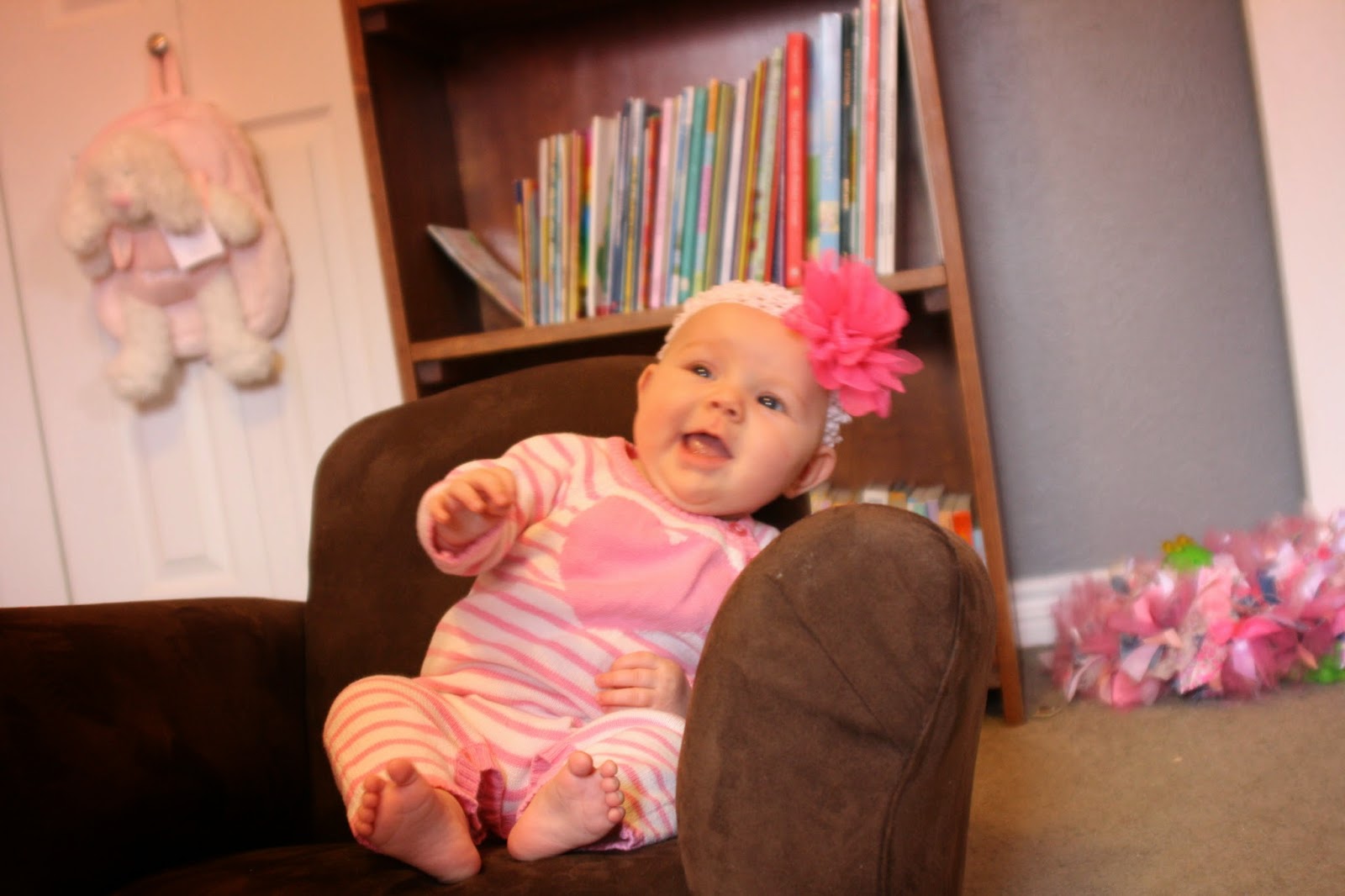 Here are some important things to know about Ev at 3 months:

It's been a month since she visited the pediatrician, but at her last visit she was in the 90th% of weight and 95th% for height!

She dropped one feeding over the weekend, so she now eats 6 times a day.

Her hands are her favorite toy!  She loves to stare at them, rotate them, and try to eat them.

Other than her hands, her favorite form of entertainment is talking to her brother and sissy.

In the last week or so she's decided she likes tummy time (if she's propped with her chest on the Boppy).  Before that, though, it was just about the only thing in the world she hated.

She sleeps through the night (and has since 6 weeks old!) and takes several short naps during the day.  She doesn't nap very well at school since there are other little ones there to interrupt her sleep, so she's usually asleep by 6:30 on weeknights.

Just like her brother and sister before her, she doesn't do well when Mommy eats dairy.  In fact, she's probably thrown up more in her 3 months than Katelyn and Elliot have in their combined 8.5 years.  Hopefully she'll outgrow this intolerance just like they did.

She is the sweetest, easiest baby ever!  Someone reminded Mommy that she used to claim the same about Elliot, but Evelyn has overtaken the title. 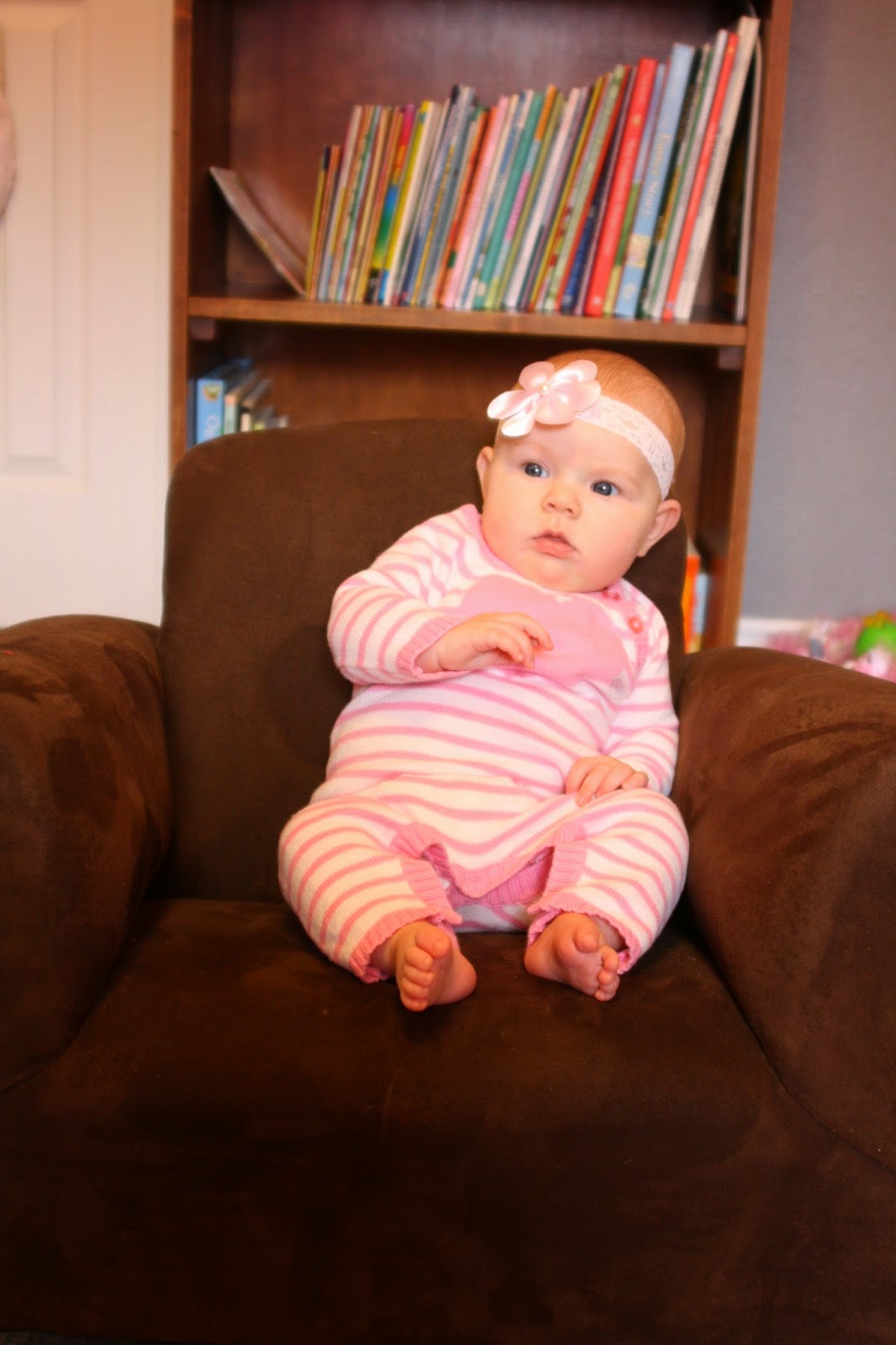 Such a sweetie! Can't believe she has been sleeping through the night since 6 weeks!!!

Rachel Moss
My name is Rachel Moss and this is my 9th year of teaching. I love working with first graders! My hope is that this blog will be an effective way to let my students' parents see all of the learning that is taking place in our classroom each day.